We are delighted to re-post a blog from our UK friend and colleague, Khurshed Dehnugara. This was originally posted Relume’s Challenger Spirit Blog. It poses two fundamental questions for us as we reflect on the past year and consider how we will live in 2012.

I was stimulated this month reading an article by the Times‘ journalist, Jane Macartney, about the 2010 Nobel Peace Prize winner Liu Xiaobo – a Challenger to the Establishment in China – demanding democracy and freedom of speech for the 1.3 billion population.

When she asked him why he persisted on confronting the Communist Party when it would ensure his detention for the rest of his life, he said, laughing: “This is my life. How else could I live? What else to do?”

Many of the Challengers we have worked with and researched have said something similar to us about their work in organisational life. Most of them have a story of a defining moment or moments when they stood for something that seemed impossible to achieve; took a position against a greater force; championed an unpopular cause;  found a way of living on the edge of the established way of doing things, or accepted being marginalised for the sake of what they wanted to achieve.

We have heard many stories in our work ranging from the light hearted to the emotionally dramatic, they don’t have to be awe inspiring to have an effect, they just need to be real.  My colleague Asher tells the story of his mother deciding one day that her family were going to be self sufficient. (Asher is quite old so this was in the days long before the environmental movement). His mother’s expression of this commitment was the sudden purchase of a flock of sheep, after which point self sufficiency taught Asher a lot about standing for something that seemed impossible to achieve; championing an unpopular cause and finding a way of living on the edge of the established way of doing things!  It also meant he wore ill fitting clothes for a while….

Where might your life as a Challenger have its roots? Can you identify a moment? Have a think about what your Challenger story may be, it can be a powerful way of learning about your leadership and sharing more of who you are with those that work with you.

“This is my life. How else could I live? What else to do?”

To read more on the Challenger Spirit, see the book. 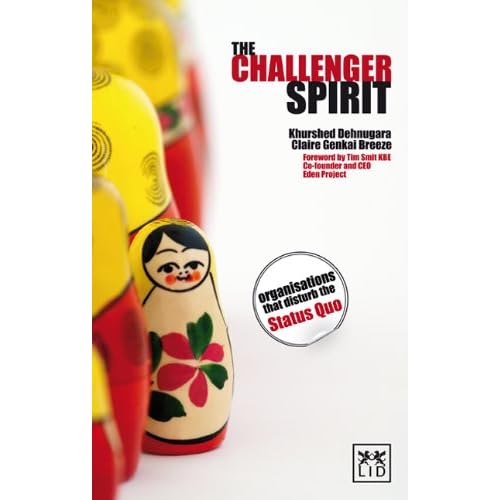 Dear Teleos Community, As I type, protests and riots, are underway in 75 cities in the United States and more […]

You’re feeling this too, right? Crazy busy? Overworked? Exhausted? It seems everyone is. I’ve casually polled people across organizations and […]

It’s hard to believe the first day of fall is less than a week away. It is also hard to […]

Earlier this year, I began working with a new coaching client just as Covid-19 was making its way across the […]